The Constiution Carta, the permanent fix for a broken government!

Why The Constitution Carta? When you read our Constitution and Bill or Rights, you expect a government which is honest, un obstructive with emphasis on law, justice, free speech and freedom. The horrific truth is, if you look at government today, you will find a...

END_OF_DOCUMENT_TOKEN_TO_BE_REPLACED

How to Win Wars Fast

END_OF_DOCUMENT_TOKEN_TO_BE_REPLACED

WORLD PEACE, HOW DO WE GET THERE?

"When goods do not cross borders, soldiers will.” ― Frederic Bastiat Anyone who took time to learn about history of the world understands that NO GOVERNMENT will ever bring peace on earth and feed hungry children. Only true capitalism with just contract laws can bring...

END_OF_DOCUMENT_TOKEN_TO_BE_REPLACED

Destructive Politics is what congress practices every day. You can measure the level of corruption by looking at the US Debt Clock. The longer politicians are permitted to practice destructive politics, the more likely America will fall from within. The way to put an...

END_OF_DOCUMENT_TOKEN_TO_BE_REPLACED

Welcome to Destructive Politics, the purpose of this site is to point out the destructive behavior of congress and the devastating affects a handful of politicians have on our lives.

By understanding the true purpose of government, people will realize politicians over reached their authorities and created the recession we are living through in 2009.

Congress’s power over our energy usage is perhaps the most destructive controlling authority in our lives.  Since congress has created the department of energy in 1977, the United States has been in two very deep recessions, 1980 and 2008, they were both a direct result of the Department of Energy manipulating the free flow of oil in the United States. 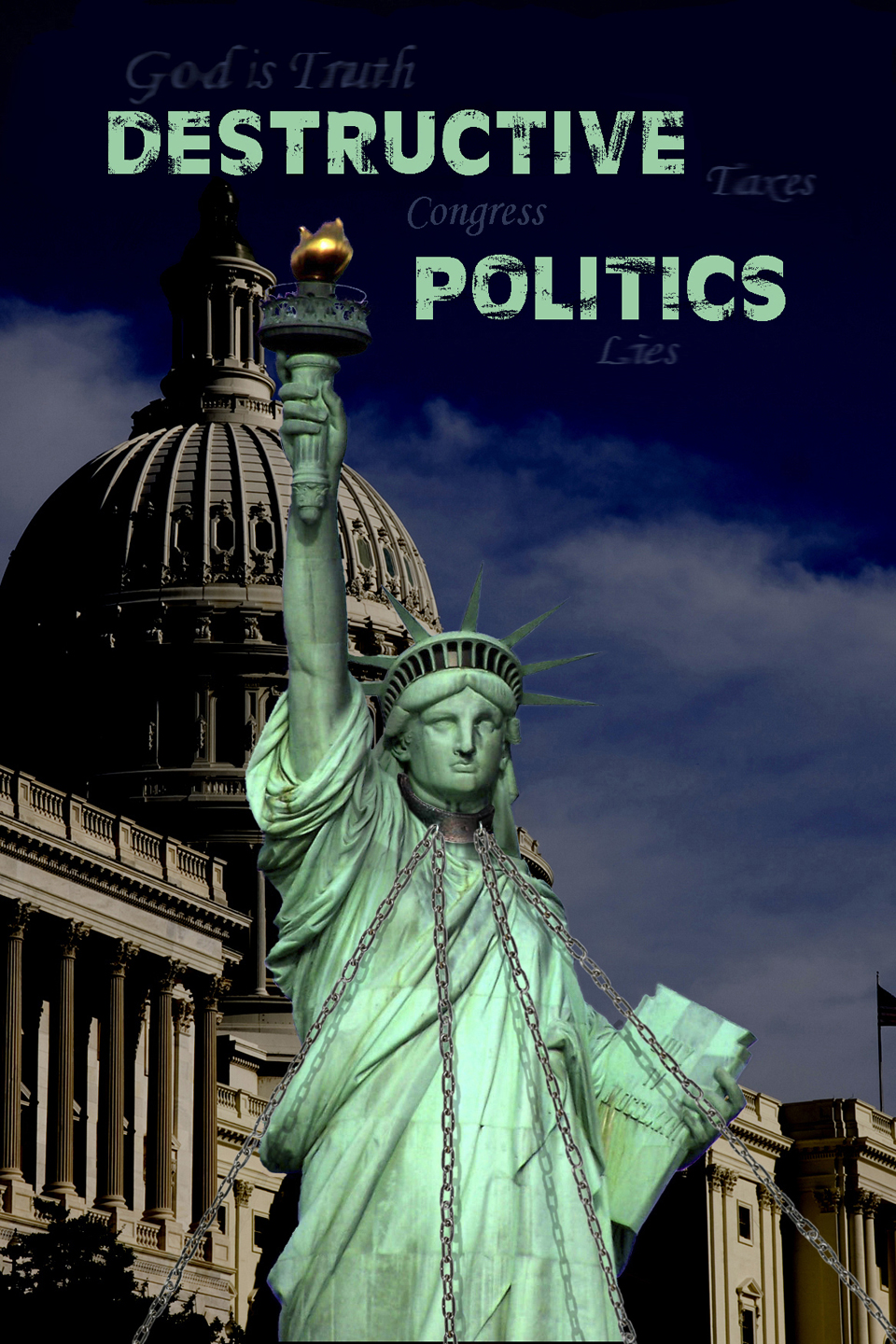 The Constitution Carta is the answer to an out of control federal government. A tea party bill derived from “The Magna Carta”,  “The Declaration of Independence” and “The Contract With America” these charters were all created to bring evil out of control tyrants in check and ensure they abide by the very laws they create.

We hold these truths to be self-evident, that IN TIME, ALL FEDERAL DEPARTMENTS BECOME COUNTER PRODUCTIVE SELF DESTRUCTIVE AUTOCRATIC OPPRESSORS OF LIBERTY. The FREE men and women of the United States of America recognize that we the people are endowed by our creator with certain unalienable rights that among these are Life, Liberty and the Pursuit of Happiness. To secure these rights, governments are instituted among men and women, deriving their just powers from the consent of the governed, that whenever any form of government becomes destructive of these ends, it is the right of the people to alter or to abolish it, and to institute new Government, laying its foundation on such principles and organizing its powers in such form, as to them shall seem most likely to affect their safety and happiness.

It is with these undeniable self-evident truths, we the people recognize the burdens brought upon us by destructive politics our government devised by men seeking uninhibited powers. We the people call upon our representatives to adhere to the following principles, to right themselves by abolishing the forms to which they are accustomed. The following self destructive government entities are to be eliminated, disseminated and abolished.

The above mentioned departments are to be completely abolished in within a period of 12 Calendar Months to ensure jobs and economic freedom in the United States of America and throughout the world.